Spain Tenerife & La Gomera Dolls
Two spanish dolls dressed in the attractive costumes of Tenerife (l) and La Gomera (r), two of the Canary Islands in Spain. Vinyl heads, the rest of their bodies is made of harder plastic. Head and arms move, legs do not. Marked 'Tenerife' on front of stand, the other mark has faded. Both are dated january 1994 by a former owner. Sold together as a pair. 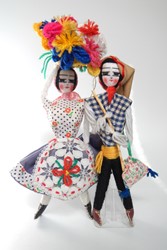 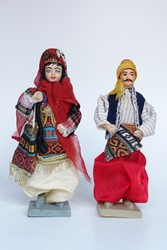 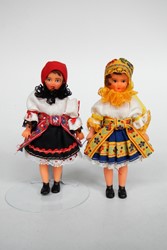 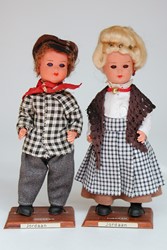 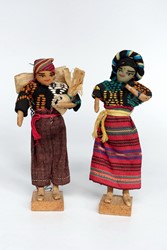 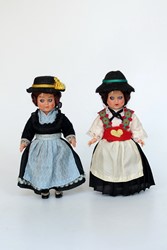 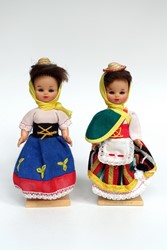