Spain Dolls Basque Country Biscay
Matching pair of dolls representing the Basque people living in the European cultural region Basque Country that lies in the western Pyrenees, partly in Spain and partly in France. These are made in Spain, most likely by the company Berjusa, dating from the 1960's. Wearing the traditional costume of the Biscay (Bizkaia/Vizcaya) province. The male has some brown age spots on his jacket, fine otherwise. 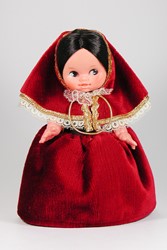 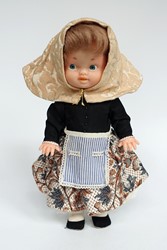 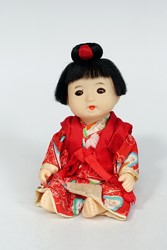 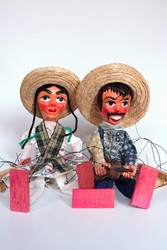 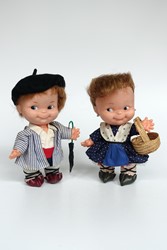